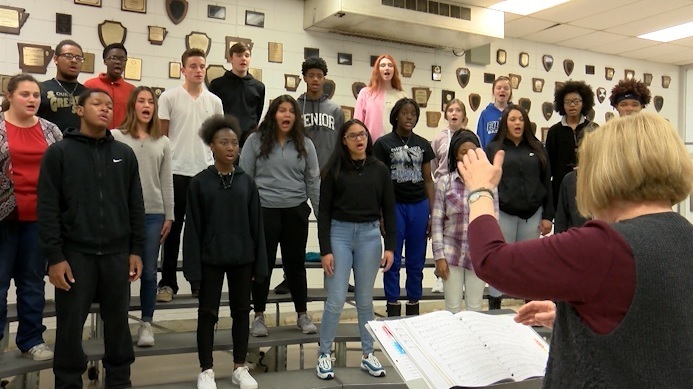 Emil McCoy, an 11th grader at Sylvan Hills, is known for his beatboxing ability, which has recently been featured in some of the school choir’s holiday performances.

“I mean, I pride myself on being different from everybody else,” McCoy says.

McCoy, who says he has been beatboxing for about five years, positions himself in the front of the group and in the group’s rendition of ‘Do You Hear What I Hear?’ his booming percussion and high-hat sound complements the traditional voices.

Harris has been teaching choir at Sylvan Hills for 31 years.

She says McCoy is the second one she’s ever taught to showcase beatboxing and quickly grab the attention of audiences.

“It kind of gives them a different spin — like “I’ve heard that song, but I’ve never heard it like that.'”

“Any song can find a beat,” McCoy says.

The Sylvan Hills High School Choir consists of more than 180 members, grades 9-12. They recently performed with the Little Rock Winds Symphony for a holiday concert.

Over the years, the group has performed at Carnegie Hall in New York six times.