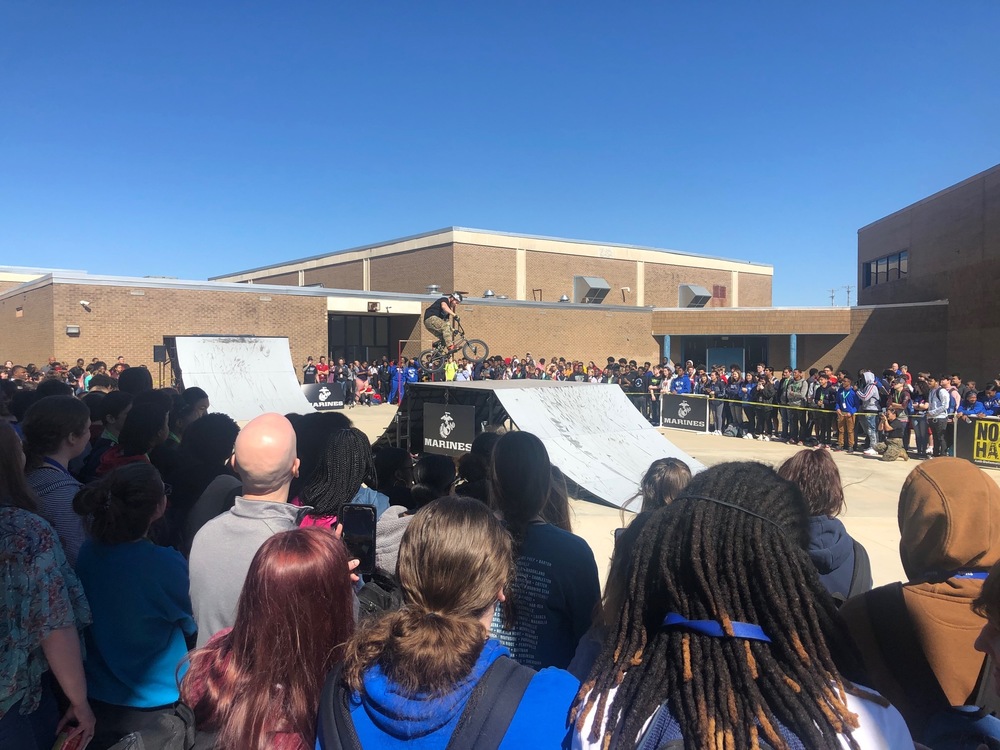 The ASA High School Tour travels across the country every year to share a bullying-prevention message as part of the Anti-Defamation League's 'No Place for Hate' program. Top X Games athletes visited both schools to perform on a box jump and quarter pipe set up at the school. Students at Sylvan Hills attended the assembly outside between the old and new buildings, while students at Mills University Studies set up in the gym to watch the stunts.

While the athletes performed stunts, an emcee delivered an educational bullying prevention message in a fun, positive and interactive manner.

The Tour is funded by the US Marine Corps and ASA Entertainment. The goal of the program is to unify students to prevent bullying in schools and to raise awareness about the massive impact of the issue nationwide.